8 curious facts about Adidas which are unknown to the most

1. Adidas and Puma were originally the same company.

In 1924 Adolf ‘Adi’ Dassler founded a shoe factory together with his brother Rudolph in Herzogenaurach, Germany. As it often happens in such cases, the company was named after them, namely the “brothers Dassler shoe factory”. After the end of the devastating Second World War, the underlying tensions between the two brothers grew into a total hostility. The rivalry came to a head in 1948, when the brothers decided to split up. As a result, they brought into life their own respective shoe factories. Rudolph created Puma from scratch in the outskirts of their hometown, while Adolf continued the old business under a new name: Adidas, which derives from his diminutive “Adi”. The open rivalry between the two companies did not cease until 2009, when they allegedly buried the axe of war by means of a friendly football match in Herzogenaurach.

2. The founder of Adidas, Adi Dassler, could very well have been just an ordinary baker.

The sibling rivalry that led to the creation of the two sports clothing giants Adidas and Puma could never have materialised. Initially, “Adi” completed an apprenticeship in a local bakery. However, he eventually decided to dedicate the rest of his life to the family’s shoe business.

3. The worldwide popular three stripes were originally serving for stability purposes, and not as a decoration element.

The 3 stripes design is probably the most important asset of Adidas. The renowned Adidas trademark is as recognizable as the equally iconic Nike Swoosh or the Puma Formstrip. Originally, the logo’s shape was purely dictated by a matter of functionality. Back at the times of the Dassler brothers shoe factory, the two-stripe design served to convey additional stability to the running shoes’ midfoot. When the original company disbanded, the newly formed Adidas was no longer allowed to use the two-stripe motif because of copyright reasons. These circumstances forced Adidas to figure out something new, which lead us to the very next fact…

4. Adidas bought the three-stripe trademark from a sportswear competitor

After a while of reflection, Adi Dassler came to the conclusion that a three-stripes motif was the most suitable one to represent the new-born Adidas. Unfortunately, at that time another sportswear manufacturing company, the Finnish Karhu, was already owning the rights for such a logo. The pertinent negotiations process resulted to be quite favorable to “Adi”: Karhu happily sold its design for the equivalent of 1600 Euros and “two bottles of good whiskey”. A quite convenient purchase price, as it turned out in the decades to come.

Puma is not the only major sportswear brand whose origins are bound together with Adidas. In fact, Reebok is part of the Adidas holding company, alongside Rockport and Taylor Made. The Adidas most recent acquisition was the fitness tracking software company Runtastic.

6. The flip-flops are an invention by Adidas.

The Adidas success is mainly due to its distinguished flair for innovative designs and technologies. Amongst others, hereby it is worth mentioning the stability strips that have made a name for themselves, as well as the now-ubiquitous Boost sole technology. One of their less acclaimed, but at the same time brilliant inventions is the basic summer streetwear, the slide sandal. Adidas developed her Adilette to prevent the German national football team from catching unpleasant infections in the community showers.

7. They develop 3D printed shoes for the mass market.

Adidas’ Futurecraft research department has been experimenting with 3D printing technology since quite a long time with the aim to revolutionize the shoe supply chain by drastically reducing the waste of materials and the delivery times. Recently, they unveiled their latest venture to the public, the Futurecraft 4D. It is based on state-of-the-art 3D carbon printing technology. The single “construction units” are extracted from a polymer pool and then positioned at the right place with the help of ultraviolet rays. The first draft counts “just” 5,000 units. However, this is probably going to be a gigantic step forward for the whole sneaker industry.

8. Their all-time best-selling shoe is the Stan Smith.

Despite the great popularity of such fashion footwear items like the Gazelle and the Superstar, the humble Stan Smith tennis shoes still occupy the role of the brand’s most popular silhouette. Although the current sales figures are not available to the public, Adidas claims that in 2014 the estimated sales overcame 40 million units. We would bet that this number has been rising even further since then, considering that the plain tennis shoes have regained popularity in recent years.

F&P Stock Solution counts with broad wholesale clothing and footwear stock with plenty of Adidas Sneakers for all tastes. For more info, feel free to contact our sales managers. They will be happy to help you further! 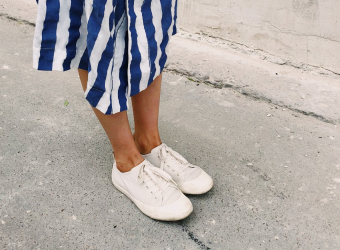 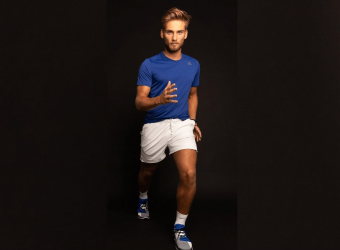 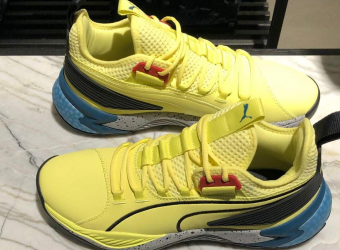 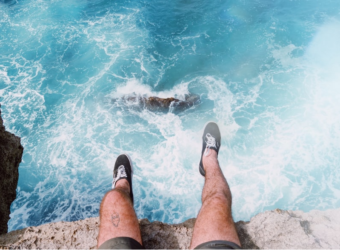